God and the WWW

God and the WWW

God and the World Wide Web

Through the ages, humans have attempted in several ways to portray God. God has been represented in mythical figures, or sometimes as an abstract concept of the Supreme Consciousness. The representation of the self or ‘Atman’ has been even more abstract. In the Kathopanishad, it says ‘The Self being subtler than the subtle is not to be obtained by argument – Many are not even able to hear of the Self. Many even when they hear of Him, do not comprehend.’ So confusion persists in many minds about ‘what is the Self (Atman) and what is God (Parmataman)? What is the relationship between the Self and God? We are told that God exists within us and God exists everywhere. So what really is God? 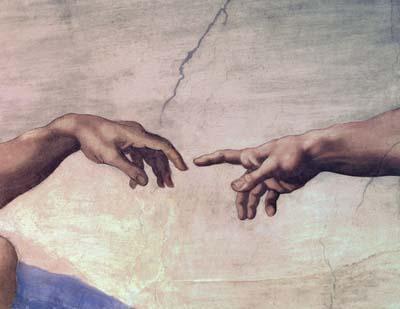 The self on the similar lines is the very core of our being, and yet it is said to be universal and in its purest form is nothing but cosmic consciousness. The Self and God in many ways are indistinguishable and yet the human mind associates the Self as a small part residing in our bodies and God as a bigger, universal entity. This duality itself is illusionary, and leads us to believe that God is something beyond a common mind.

The relationship of the Self and God can be beautifully illustrated through the modern day example of the World Wide Web – or the Internet. The Internet was created for communication between the various labs of the US Defense but has evolved into a far broader and a universal utility. Internet can be broadly defined as collection of hundreds of millions of computer plugged into each other. This wide network has no real boundaries, no start and no end. It is has no fixed shape and continuously evolves. It does not even exist unless you plug into it. And the computers connecting to the Internet are part of the Internet and yet that is not the whole Internet, and the Internet would not be complete without these connecting computers. The same could be said about the human consciousness(The Self) and God.

When this human consciousness unites or connects to the Divine Consciousness, it then becomes part of God. God then is a part of the self and the Self itself is a manifestation of God. Thus the individual self and God become one in this divine unity. God can thus be represented as the universal web of consciousness. This vast consciousness spans everything in this universe. The Mandukyopanishad says ‘All this whatsoever is seen here, there and everywhere, is Brahman. This Atman, the very self is Brahman, the absolute reality.’ This connection between the Self and God though may seem to be external is in fact very internal.

We also have a God for various aspects of nature and life. We have gods/goddesses for education, money, health, rains, forest and so on. All these are part of this divine web. They are the various web servers from which you get all kind of blessings. It is the same web, just different parts or manifestations. Each manifestation is dependent on which blessings you want!!

Connecting to the Internet requires some kind of connection be it a dial-up type or that of broadband kind. Connecting to this divine web also requires to have a connection facility – this could be through prayers, meditation (Sadhana) or Seva. Through these activities, one realizes the power of the divine web. When truly connected to this web, one does not distinguish the difference between the self and the rest. The self is the whole, as the universe and the universe does not exist without the self. The quality and speed of connection increases as one engages more in these activities. The level of experience enhances and the self becomes inseparable from this web.

The role of a Guru in this context is akin to that of an ISP (Internet Service Provider). He is the gateway to this divine web. He brings you the power and the experience of the web to you. He is the troubleshooter if you experience any difficulties in the connection. Having realized and part of this divine web, he makes your journey enjoyable.

The World Wide Web is expanding and so is this divine web of consciousness. It is infinite, ever growing and from which everything springs and ends. There are no national boundaries, no religious boundaries in this divine web. It is formless and all encompassing.

Profit through the Prophets